We started the morning with breakfast on the porch, overlooking the awesome scenery of the mountains with clouds flowing through the valleys. We slept on the floor of the hut and were woken several times by roosters crowing, dogs barking, and a crying baby throughout the night and morning.

We began our descent towards the waterfall. We were really in the jungle now. Instead of a dirt road, all we had now was a walking path. It was very steep and had some dangerous tricky parts. I ended up going barefoot so I could get a better grip of the ground.

The British woman slipped and fell a couple times and banged up her knees. She was alright though. We finally got to the waterfall and it was gorgeous. My legs were shaking uncontrollably from the climb down. I went under the falls, which felt amazingly refreshing after not showering and sweating profusely for 2 days straight. The water was pretty strong and beat on my head and body like a high-powered shower massage.

We continued walking down along the river and crossed several wooden and bamboo foot bridges. The Irish girl was hilarious because she hates heights and didn’t feel safe on any of the obstacles we faced. We helped her get through.

We finally made it out of the jungle and got back in the pickup truck to base camp where we had lunch. Our next journey was to go feed and bathe the wild elephants. We took apart a bunch of bananas and put them in large baskets. Before feeding the bananas to the elephants, we had to feed them medicine balls.

Feeding the bananas to the elephants was so much fun. They would grab the banana with their hand-like snout and you could feel and hear them breathing or sniffing through their two nostrils. They are such large animals. It’s pretty scary at first, standing next to these massive creatures. But, they are gentle giants. The bigger elephant was much more aggressive than the other ones. He would snatch bananas much faster and would hold multiple bananas in his mouth before chewing. It’s interesting to see they have different personalities.

The elephants could use their trunk like an arm and hold bananas there until they were ready to put them in their mouths. Their trunk is like a long curled, flexible, bicep with a 3-fingered mouth as a hand. We fed them sugar cane also, which they loved. 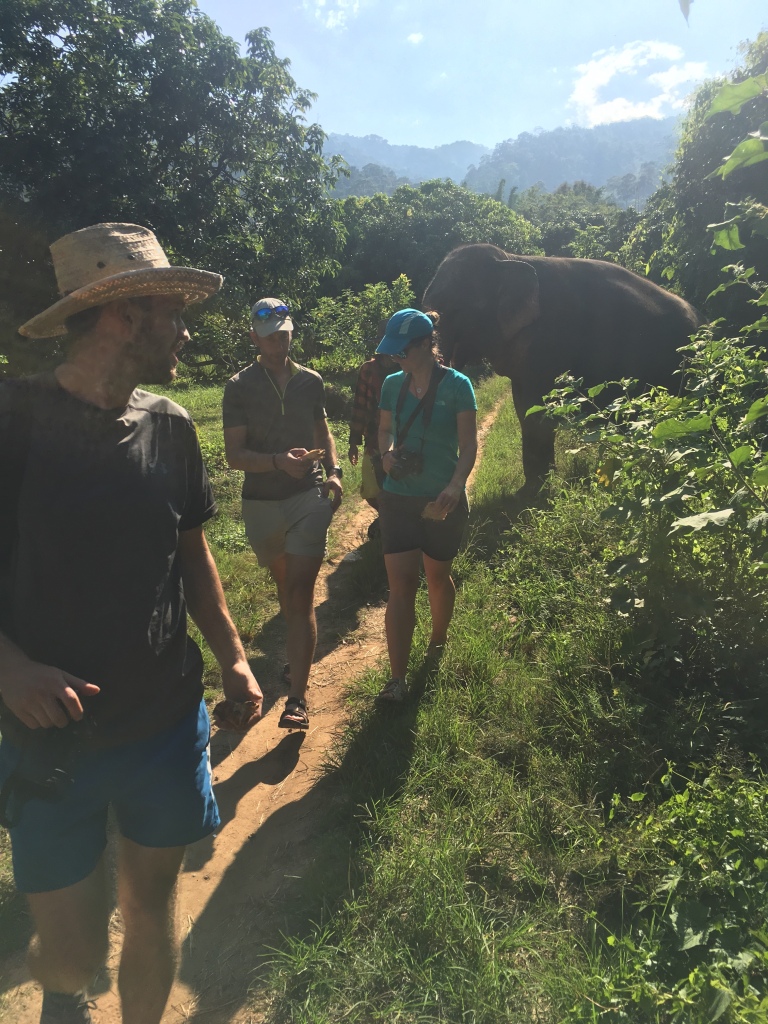 We walked with a couple of the elephants to their little bath pond. One of them didn’t like the water so much, so she didn’t go all the way in. In the heat of the moment, I jumped in with a couple others from the group. We all had jumped in and were scrubbing the elephants with mashed up pieces of bamboo. Their skin is very tough, so they need strong friction to clean them. 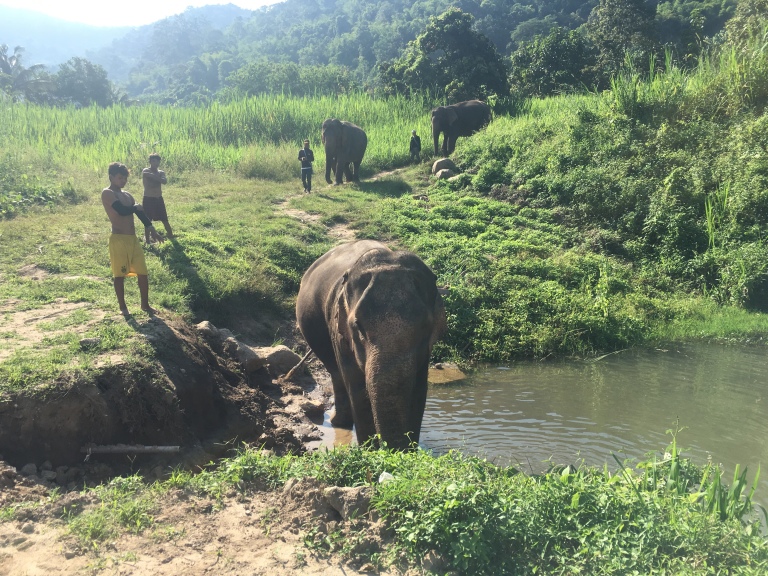 One of the elephants started plopping out huge human head-sized droppings into the water. That’s when I realized I was in an unfiltered pond full of elephant shit. My OCD/germaphobia kicked in real hard and I started panicking about how much these huge bastards must shit in there every day. I felt disgusting and also upset at myself. But, the experience was a lot of fun. We all had huge smiles on our faces and were having a blast. 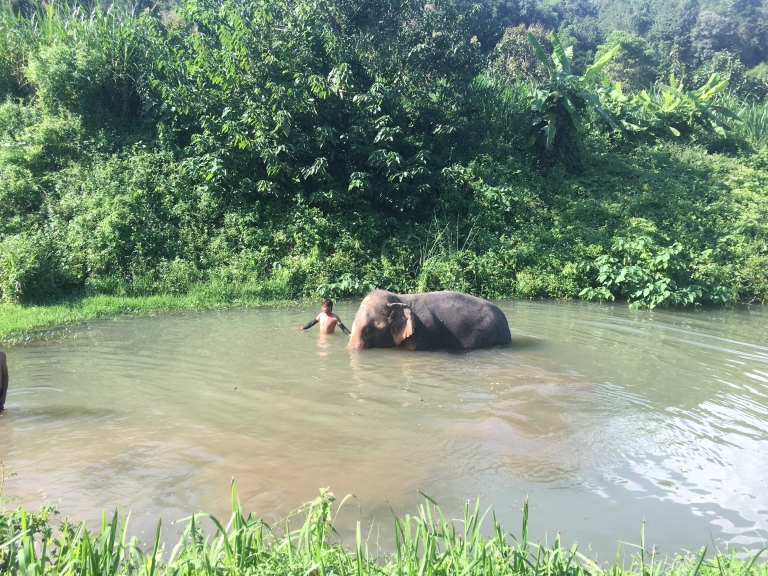 When we finally made it back and showered I felt a million times better. It was the best shower ever!